We are delighted to announce that our August meeting is held jointly with the Rust London User Group.

This will be a hybrid meeting, with some people attending in person in London and others able to join via videoconference.  For those wishing to attend in person, REGISTRATION IS ESSENTIAL – without a ticket, you will not be able to get in.  We anticipate numbers attending will still be restricted, and there will be a waiting list.

Register to attend in person

For remote attendees, who wish to participate, you will need to register via Skills Matter.  Thank you to Skills Matter and the Rust London User Group for providing hosting for this meeting.

If you do not wish to register, you can still view the talks livestreaming on this YouTube link (link to follow shortly).  As always, we are also recording the talks for later posting on our YouTube channel.

The Skills Matter videoconference and the livestream will be open from 18:30 for networking, and the event will start at 19:00 prompt. We’ll keep the link open afterwards for discussion.

Not a BCS member? Don’t worry! Our monthly newsletter provides the latest news, information and events in the world of IT. We’re here to keep you updated! Sign up today at campaign.bcs.org/bcs-supporter.  If you would just like to be added to the friends of the Open Source SG mailing list, then please send an email to ossgnonmem@lists.bcs.uk with subscribe in the subject.  You can unsubscribe at any time by emailing unsubscribe-ossgnonmem@lists.bcs.uk.

Want to join the Rust London User Group? Just to head to their Meetup page.

The OSSG is supporting various organizations and initiatives, check out our new support page.

Clippy: What It Is, How It Works, and Some Dogfood 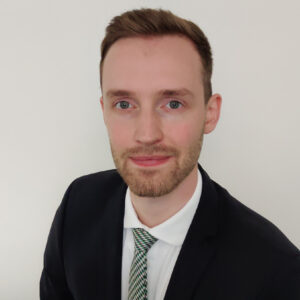 Clippy is the official linter of the Rust language. Clippy helps you to write clean, idiomatic and most importantly correct code. In this talk, we first look at how Clippy is used. After that we look into the internals of Clippy and discover how it works. For that, we’ll also get a bit into the internals of rustc. In the end I’ll talk about why we at Clippy like dogfood so much.

Philipp is one of the maintainers of the Rust linter Clippy (better known under the handle @flip1995 on GitHub). Philipp graduated from the Karlruhe Institute of Technology (KIT) in early 2020. Currently he’s working for Embecosm GmbH as a Software Tool Chain and AI Engineer.

Rust-GCC: a GCC front-end for Rust 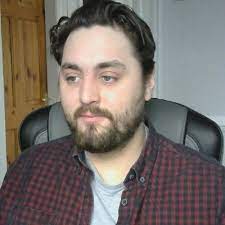 GCC Rust is a front-end project for the GNU toolchain, a work-in-progress alternative to the official Rustc compiler. Being part of GCC, the compiler benefits from the common compiler flags, available backend targets and provides insight into its distinct optimiser’s impact on a modern language. In this talk, I will introduce the compiler, demonstrate its current state and discuss the goals and motivations for the project.

Philip Herron has a background in GCC from Google Summer of Code, as well as completing custom backends for LLVM. He is the author of the Rust front-end project on GitHub and enjoys the challenge that compilers bring. Currently, he’s working for Embecosm as a Compiler Engineer. 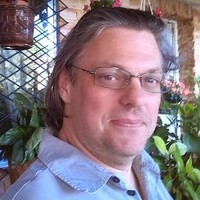 Doctor Syn is a computer algebra system with a focus on giving libm a more 21st century feel – mainly through autovectorisation and inlining. libm is the C standard maths library whch has many implementations but is only available for one language – C.

The companion project, libmgen generates the standard C maths libary for many languages and register formats including SIMD. We are able to generate polynomial approximations inline in Rust code which can then be translated using the syn Rust library to different formats.

Expected speedups are anything up to 30 times for single threaded and a thousand times for multi threaded operation.

Andy wrote much of the PS3 and Vita compilers for Sony.