Space for the few

Since the 1950s, the exploration of space has been dominated by a relatively small number of well-funded state space agencies, of which NASA is perhaps the most celebrated.

This has resulted in such spectacular achievements as the first moon walk, the numerous Shuttle missions, the exploration of Mars and the outer planets. However, the financial, human and technical risks of such projects has been exceedingly high.

During this early phase of Space exploration, national space agencies and their contractors have invested billions of dollars in developing proprietary technologies, with inevitable concerns about the safeguarding of intellectual property.

Space for the many

However, the Space sector is set to embrace a new model, based around the use of open-source technologies and data. This new spirit of collaboration has been spurred by a demand for more nations to gain access to the booming Space sector, the success of the collaborative International Space Station and the growth of relatively low cost technologies. And then of course, there has been the growing influence of the open-source movement within business, government and academia.

An evolving view is that open-source can provide a way to bring together developers, entrepreneurs, academic researchers and national agencies. Through this process, a global community has evolved, with the aim of reducing costs, sharing expertise and widening access to Space.

Open-source to the rescue

We can already see how this new more open approach to Space exploration has started to bear fruit.

For example, did you know that the NASA ‘Ingenuity’ helicopter which recently flew on the surface of Mars was built using the Linux operating system and off the shelf hardware components?

Looking further towards the future, NASA have announced that their planned VIPER Lunar Rover will employ open-source software to navigate the lunar surface. 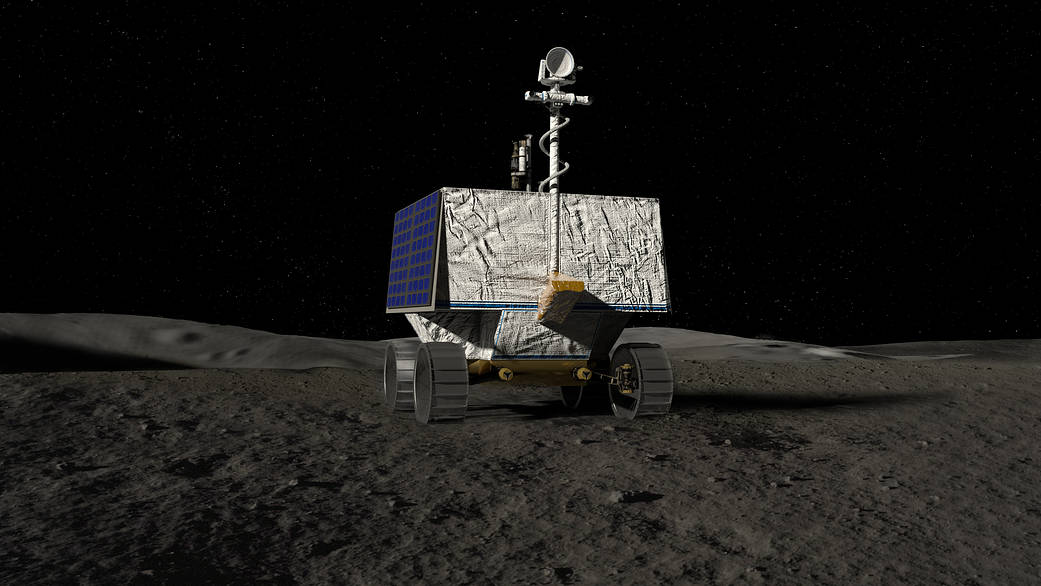 These two examples show that open-source solutions are taking on a critical role in the burgeoning new Space economy. This bold new age of ‘open space’ has created active roles for entrepreneurs, citizen scientists, universities, corporations and national agencies within this evolving business ecosystem.

At this point, let’s take a quick tour of the numerous roles that the open-source software, hardware and data have come to play in the collaborative exploration of space. These contributions range in scope from small Javascript frameworks through to running vast supercomputers.

It should come as no surprise that NASA has emerged as major champion a champion of open-source software.  A wealth of projects are publicly accessible and NASA has even published a helpful guide to its code repository.

The European space Agency (ESA) is another active sponsor of open-source software for the Space industry. The purpose of the European Space Software Repository (ESSR) is described as follows:

ESA informational web portal was created to promote reuse of Software – including Open Source Software (OSS) – and to provide all parties involved in the European Space software development (in particular SMEs) with access to results of previous investments.

Note the stated importance of providing SMEs with access to existing open-source repositories, with the clear benefits of lower costs, working code and greater participation by smaller companies.

In addition to the ESSR repository, ESA also maintains a register of open source software, specifically for developing downstream space applications such as GNSS and Satellite Communications.

A wide range of open-source programming language libraries and frameworks is available to developers . Here are just a few examples :

There is a vast amount of open-access data which relates to Astronomy and Space exploration:

Open source hardware designs have the potential to lower costs and widen access to cutting-edge technology. For example, the EU-funded De-RISC project aims to develop a RISC-V multicore platform and hypervisor for Space and Aeronautical applications.

These days, Linux runs on most of the world’s supercomputers. But a recent NASA project led to the deployment of significant computing power in space. The Spaceborne project saw the deployment in 2017 of a HP Spaceborne computer to the International Space Station. It was build using COTS hardware and ran the Linux operating system.

The Rise of the Citizen Cosmonaut

So you have decided that you would like to get more involved in the Space sector but you don’t have billions of dollars to spend on your next project?

No worries. Cubesats are small satellites that are launched into low-earth (LEO) orbit. Their relatively affordability has made them made them a firm favourite with both students and entrepreneurs alike. Indeed, a number of early projects such as CubeSat started life as crowd-funding initiatives on Kickstarter

If your annual Space budget is limited to $100 or less, there are still opportunities to get involved at a more modest level.

Check out initiatives such as OpenLuna or the hugely ambitious Humanity for Space.

If you are fascinated by rocketry but have not yet received an invitation to dine with Elon Musk, then Copenhagen Suborbitals might be more in your league. It claims to be the world’s only manned amateur space programme, building and testing their own rockets.

Whatever level of involvement you are seeking, all open source projects are actively looking for volunteers to provide expertise or donate cash, or else you might choose to back a Kickstarter project.

We are just at the start of a revolution in Space exploration. Open-source hardware, software and data will help to lower the barriers to entry and make Space more accessible to a broad range of players. Expect new projects to embrace emerging technologies such as AI, Robotics and Blockchain applications.

Who knows, perhaps the Starship Enterprise of 100 years hence may be a collaborative venture between all nations of planet Earth and built using exclusively open-source technologies.

To learn more about Open Source in Space, join our free evening meeting on Thursday 20 May. Details here.