The BCS OSSG and the OSHUG are hosting three talks which look at Open Source technologies in support of the generation and efficient use of energy. 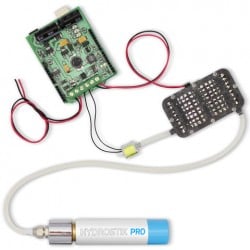 Arcola Energy builds energy systems using fuel cells powered by hydrogen. Fuel cells are one of those great ideas that has yet to gain much traction in real markets. They put men on the moon, but since then commercial progress has been slow. One way of opening up uses of fuel cells is to involve a much wider developer community. To explore this Arcola has developed a fuel cell developer kit and started on the road to working with Open Source groups. This talk will look at our journey, the success to far and the challenges ahead.

Richard Kemp-Harper is a former research scientist who spent several years managing web development, including Open Source systems at Oxfam. He then moved into technology and innovation, working at Innovate UK running innovation programmes in intelligent mobility, rail and energy. He specialises in not being a specialist.

END_OF_DOCUMENT_TOKEN_TO_BE_REPLACED

The Open Source Specialist Group, in association with Sheffielf Hallam University are hosting a series of talks on Open Source in Business.

A series of talks that explore different aspects of Open Souce in commercial contexts, including crowdfunding an open hardware microenterprise, navigating licensing issues and trade associations.