The meeting this month will start with the BCS OSSG AGM and this will be followed by a talk on recent and planned improvements to NetBSD, a report from Chip Hack EDSAC Challenge, and finally a talk on the interplay between semantic coupling and co-change of software.

All members of OSHUG are welcome to attend and OSHUG members are encouraged to put themselves forward to join the committee. In particular we would welcome anyone to join the event organizers who arrange the speakers for each month and the occasional all-day workshops. Currently we have Sevan Janiyan, @ndy Bennett and Andrew Back as event organizers on the committee.

Updates to the NetBSD operating system since OSHUG #57 & #58 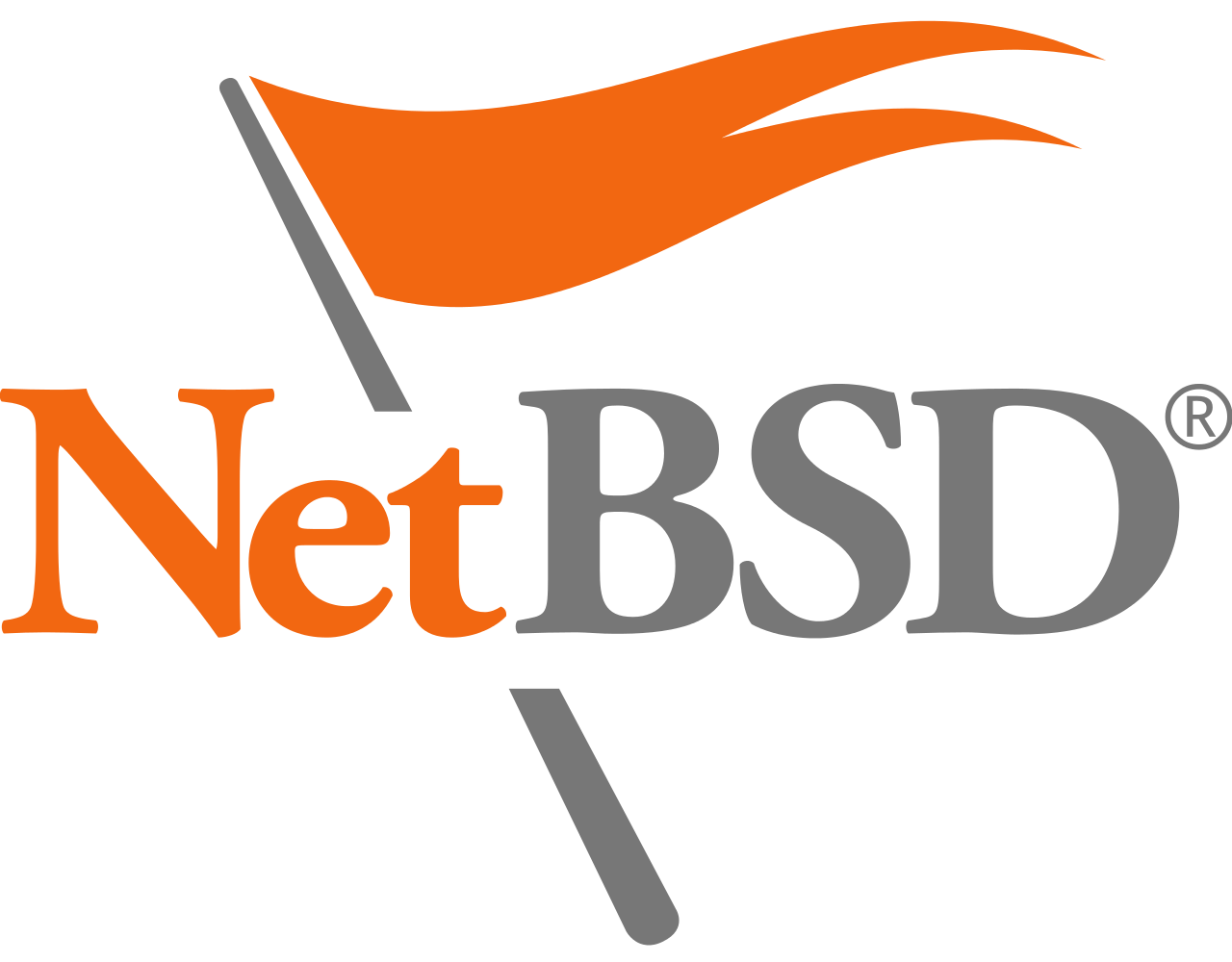 Since the workshops held earlier this year, numerous changes have been made to the NetBSD operating system to ensure future workshops are easier for users and work smoother from the outset. This talk will cover some of the improvements made so far and what’s currently in the works. From wrestling with the u-boot firmware to new tools included in the os and much more. 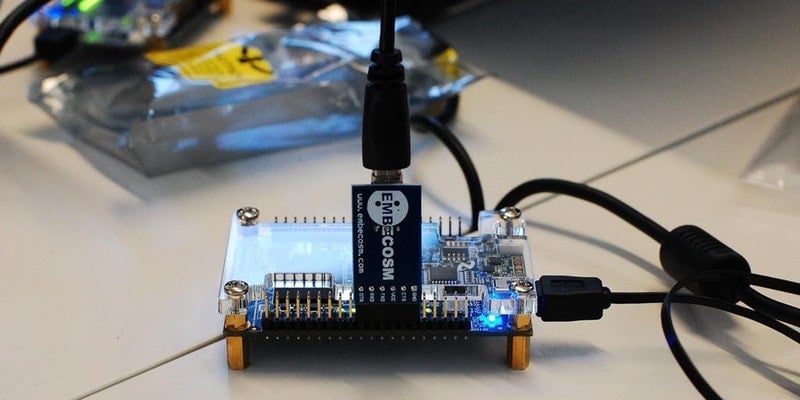 ChipHack is an occasional 2 day workshop introducing students and hobbyists to FPGA design. This year, ChipHack was sponsored by the BCS OSSG and Computer Conservation Society. To celebrate the 60th anniversary of the BCS, the workshop was extended by half a day and attempted to reimagine one of the earliest valve computers, EDSAC, designed by the BCS’ founding president, Prof Sir Maurice Wilkes.

Merry Bennett led the team putting together the technical content of the workshop. She will report back on what was achieved, from the three implementations of the computer, to the diverse reimagining of the original peripherals. The result is a legacy of lectures and videos, to allow anyone to run their own ChipHack course.

The Interplay between Semantic Coupling and Co-Change of software classes

During maintenance, developers must ensure that related entities are updated to be consistent with these changes. Studies in the static change impact analysis domain have identified that a combination of source code and lexical information outperforms using each one when adopted independently. The presentation has two aims: first, to compare the effectiveness of measuring semantic coupling of OO software classes using (i) simple identifier based techniques and (ii) the word corpora of the entire classes in a software system. Second, to empirically investigate the interplay between semantic and change coupling.

Dr Andrea Capiluppi joined the Department of Computer Science at Brunel University London (UK), as a Lecturer in Software Development in May2012. Between 2009 and 2012 he was at University of East London, working as a Senior Lecturer in Software Engineering. Before that, he worked as a Senior Lecturer and at University of Lincoln between 2006 and 2009. Andrea’s research and teaching interests focus on Software Evolution and Maintenance, as well as the construction, evaluation and maintenance of Social Networks. Andrea is mostly interested in the use of open technologies and in understanding how they can improve learning and teaching as well as the production of software and other artefacts.

Update from Judith Jones (Embecosm) on behalf of the organisers: Following our recent successful Chip Hack EDSAC Challenge, sponsored by
the BCS, I am pleased to provide you with feedback, as follows:

Of 80 registrations for the Chip Hack EDSAC 2017 event, 67 people attended.  The event was designed to be a collaborative learning experience and brought together 3 expert silicon chip designers, 11 experienced people, 17 people with some experience and 36 complete beginners.  The legacy of the event is a body of materials available under open source licence to enable people to run their own Chip Hack EDSAC events in the future, thereby making silicon chip design accessible to the individual engineer, whether professional, hobbyist or student.  The technical materials are freely available through http://chiphack.org/, myStorm boards will be freely loaned through the BCS (stored at, and managed by, Embecosm) and recordings of the workshops and talks will be available, post-editing, through https://www.youtube.com/user/embecosm.  In addition, Andrew Back is producing a documentary with the working title Chip Hack EDSAC Challenge.  Post-editing, a link to this will be placed on chiphack.org.

Half the workshop delegates completed an online survey geared towards the collection of qualitative feedback that can be used to improve Chip Hack in terms of running future events and the materials that are available.

The survey respondents reported that they understood FPGAs better after the event.   Half found the introduction to, and tutorials on, FPGAs and Verilog aided their understanding and the remainder benefited from being able to fine tune their prior knowledge and skills.  The face to face contact with people was noted as beneficial, particularly for people who were self-taught.  Reported difficulties experienced by some people will serve as guidance to make future chip hack events better, particularly for future delegates with little or no experience of FPGAs, Verilog and programming.  Respondents also identified gaps in the materials that are available on chiphack.org that will enhance people’s ability to run their own chip hack events.  Workshop participants report that they are likely to use the materials to run their own chip hack events and
improve their own understanding and knowledge.

Delegates appreciated hearing the history of EDSAC and anecdotes from people with first-hand knowledge and experience who knew key people from the era.

Feedback on the operational side of the event was not formally collected.  Verbally, delegates indicated their satisfaction with the conference facilities provided by Hebden  Bridge Town Hall and Embecosm’s production of the event, but it was noted that workshop delegates will need greater table space at future events.

The BCS Open Source SG is this year hosting pkgsrcCon, the annual technical conference for pkgsrc and people working on building and packaging open source software in general. pkgsrc is a framework for building over 18,000 open source software packages consistently across a variety of operating systems running on different CPU architectures.

Read more about the conference here.

This meeting is open BCS and non-BCS members, but registration is required.

Closing date for bookings is Thursday 29 June 2017 at 11:59 pm. No more bookings will be taken after this date.

Update (10th July): the videos & slides and the final report are now available

If you did not get to attend the previous workshop, not to worry, notes are available and assistance will be provided on the day.

You will need to bring: