The BCS OSSG Annual General Meeting was held as planned on Tuesday 30th May 2006 in London. A new committee was elected and was followed by an interesting “Question Time” event featuring Alan Cox, Glyn Moody, Mark Taylor and Andrew Katz.

For full details of the panellists, please see the AGM announcement

Points raised in the panel discussion included the enforceability of the GPL; the impact of GPL version 3; the problems and successes of Open Source software in the media; the impact of the Office of Government Commerce gateway reports on the deployment of Open Source in the public sector; issues surrounding the use of the term “Intellectual Property Rights”; the relationship between Open Access (in science and academia) and Open Source plus much more. A recording (podcast?) of this event is available. 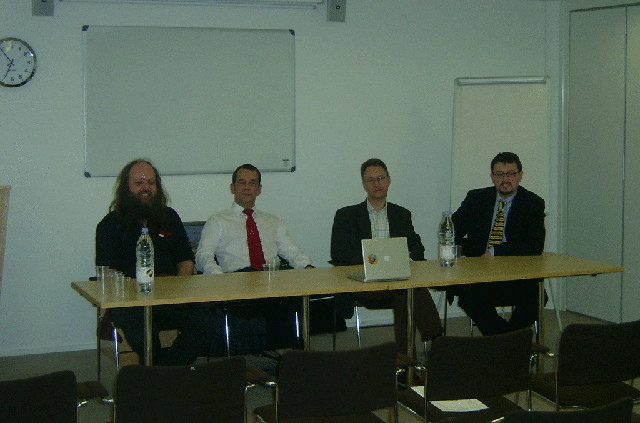 The new committee is composed as follows:

Unfortunately an Events Coordinator was not elected at this meeting.